Amid the stress and uncertainty of fifth grade, Pahoua Moua found a safe place in a little room on the top floor of Jackson Elementary School in Saint Paul. In 2011, Pahoua was one of the earliest participants in Hlub Zoo, a Wilder school-based mental health program for students of Hmong and Southeast Asian heritage. Her sister and some friends had joined and enjoyed it. Pahoua wanted the same experience.

“We would just talk about anything that’s stressing us out in life,” says Pahoua, now married, a mother and a nursing student at St. Catherine University. “It was a really nice time to let go of everything that’s bothering us or making things stressful at home. It helped us emotionally and mentally.”

Through Hlub Zoo (pronounced Loo-Zhong), Pahoua met as group with other girls her age under the guidance of Mary Her, who started the school-based program and is now the program’s clinical supervisor. Pahoua bonded with the girls in the group and felt like she had someone to lean on. “Hlub Zoo taught me that it’s OK to ask for help,” she says.

Hlub Zoo means “Love Well, Grow Well” in Hmong. The program began in 2010 and is modeled after Kofi, the Wilder school-based mental health program for students of African heritage. It was created to make mental health services accessible – both physically and culturally – to students of Hmong and Southeast Asian heritage. At Jackson Elementary, more than half the students identify as Asian American.

The Hmong community is known as close-knit, with an emphasis on the importance of family. Along with these strengths, Hmong students live with unique cultural nuances that make identifying mental health needs challenging for the Western model of treatment. For example, Hmong students may be more likely to show mental health symptoms in quieter, internalized ways that may be difficult for teachers to identify.

Pahoua notes that in Asian communities, “The families don’t really talk about our emotional and mental well-being. It’s kind of just brushed aside. When there’s somebody who’s asking how you are doing, and if there are any problems going on, it makes you feel safe and there’s a difference in how you can deal with it. It just makes you feel better.”

Pahoua lost contact with most of the girls after she finished at Jackson Elementary and moved on to middle and high school, but the feeling of the support and connection stayed with her during one of the most challenging times of her life.

With Perseverance and Support, Pahoua Thrives During a Challenging Situation 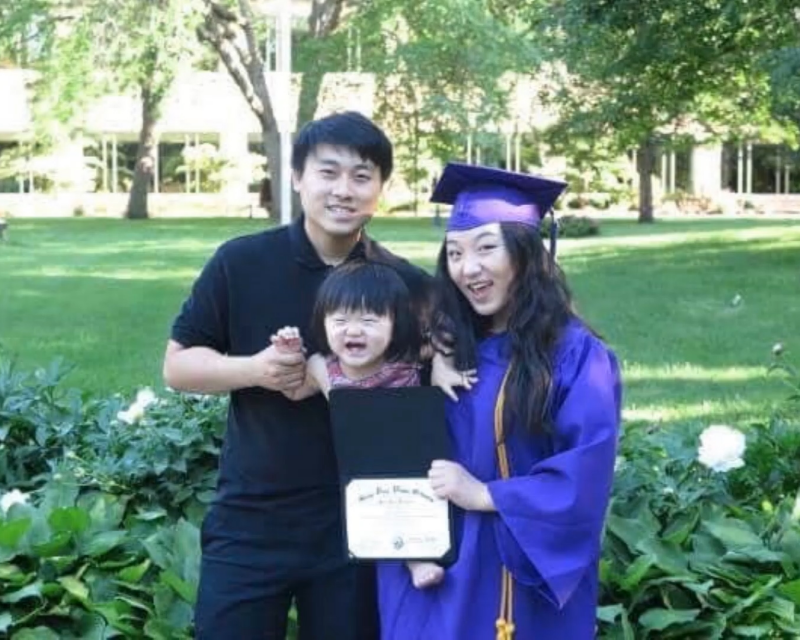 In middle school and high school, Pahoua was academically driven and involved in many extracurricular activities. Everyone was surprised when she became pregnant at 15.  “But you know what, life goes on,” she says. “Despite becoming a young parent, I continued to do what I’ve always been doing, which was working hard to get where I want to be.”

Pahoua transferred to AGAPE, a Saint Paul high school for students who are pregnant or parenting. Teachers and counselors there supported Pahoua as she took high school and college courses and interned at Ecolab. She graduated with honors while earning college credits. Today, Pahoua is a third-year nursing student at Saint Catherine University in Saint Paul. She’s married, the mother of two and is expecting her third child.

In 2020, the pandemic prevented Hlub Zoo from hosting an in-person celebration of its 10-year anniversary along with the annual celebration for fifth-grade graduates. Instead, Pahoua recorded a video to share her experience and encourage today’s students to persevere for an online celebration. “Don’t let what other people say bring you down,” she says in the video. “Although you might fall many, many times, just get yourself right back up, and you will eventually make it.”

We would just talk about anything that’s stressing us out in life. It was a really nice time to let go of everything that’s bothering us or making things stressful at home. It helped us emotionally and mentally.

Wilder Community Mental Health and Wellness offers culturally responsive mental and behavioral health services in schools, making it easier for students to get the help they need to succeed in school and at home.

We are here to help during COVID-19. Appointments are available by telehealth (phone or video/virtual therapy) for adult, family and children's mental health services, as well as adult addiction and recovery services. Call us to setup an appointment, make a referral, ask questions or share your concerns: 651-280-2310