Wilder Research is a nationally respected nonprofit research and evaluation group. We work with nonprofits, community leaders, government agencies, foundations and policymakers throughout Minnesota and the country to gather and interpret facts and trends, help them uncover and understand issues affecting their communities and how best to address them, and inform action that improves lives and communities.

Mission
To improve the lives of individuals, families, and communities through research and evaluation.

Learn about our staff, including researchers, data collection and analysis, web and application development, and communications and graphic design specialists. 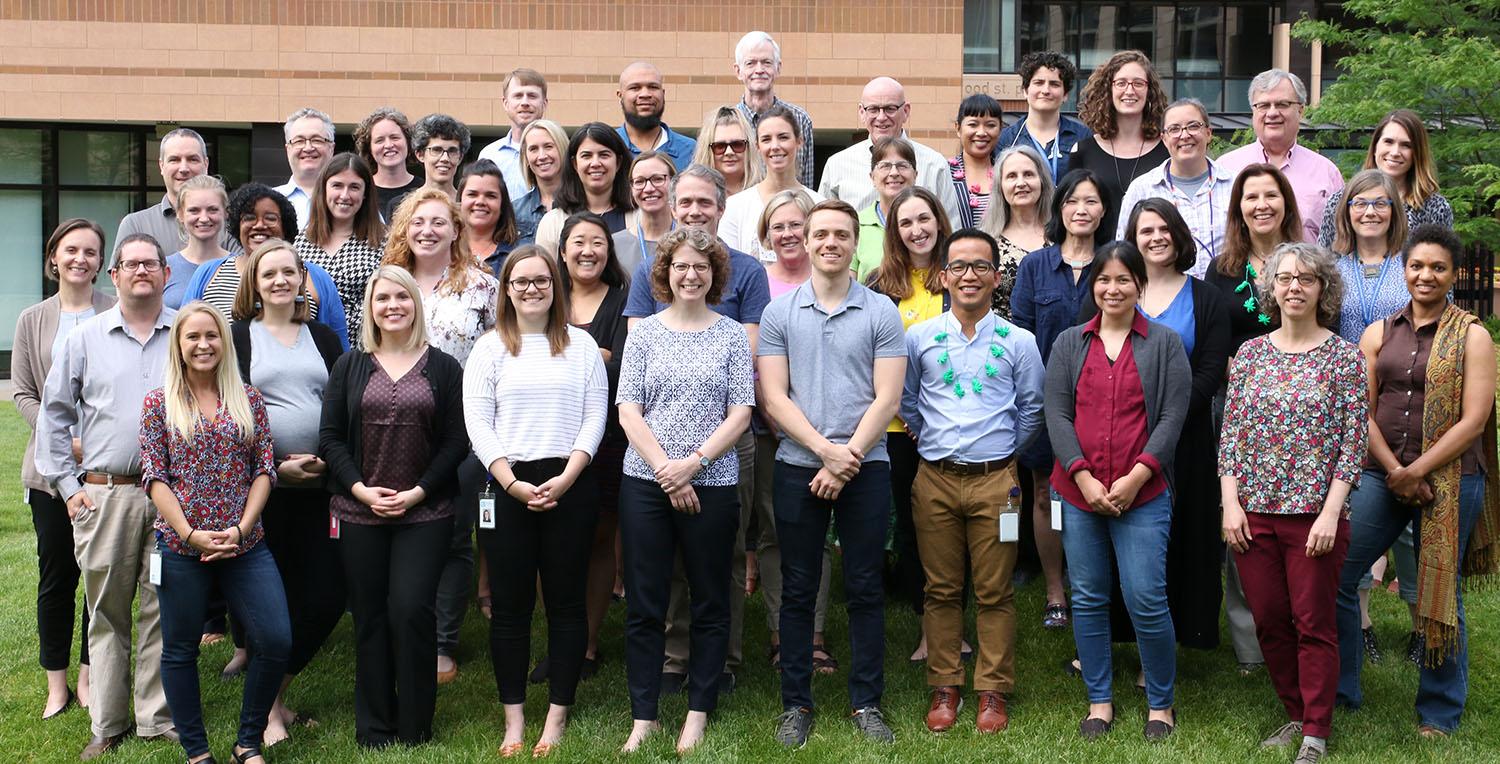 We partner with our clients to develop and implement projects that meet their needs. Here are a few of the clients we have worked with in the past year.

Wilder Research helped us wade through the world of data so we have a clear path to real results. With Wilder at our side, the Northside community will one day share in the prosperity of our state and region.

A Great Place to Work

The people who come to work at Wilder Research want to change the world.

Our “people first” approach means we work hard to create a supportive, equitable, inclusive, and welcoming work environment. We strive to empower all of our staff in helping us achieve that goal. We support our staff in their professional development by providing opportunities to build their skills and portfolio, and explore areas of interest in their work.

1940s  Wilder's Board of Directors authorizes a formal Research and Statistics division, which uses census data to monitor trends and needs of the metro, and assists nonprofits with evaluations of their programs and services.

1990s  Wilder Research develops the Metro Trend Watch, developing and maintaining a set of indicators to track the health of the East Metro.

Learn how we can help your organization.

Wilder Research operates as an independent research unit of the Amherst H. Wilder Foundation. As one of the nation’s largest nonprofit research and evaluation groups, we work with nonprofits, foundations, and government entities to inform decisions and improve lives.