Tonya B. and her teenage son stayed wherever they could before they were accepted into a Wilder supportive housing service for working families who were experiencing homelessness. Tonya, who also has two adult children and a grandchild, began working closely with Wilder’s supportive housing team to rebuild her life.

Wilder supportive housing staff, including Gloria DuPree, Joela Davis and Graydon Francis, provided advice, assistance and encouragement along the way. “Ms. Gloria, she kept telling me that I can do this, that it’s all up to me,” Tonya says. “So I put my mind to it, and that’s what I did. They helped me believe in myself.”

Tonya and Joela searched for weeks until Tonya found a rental unit in a quiet townhouse development in Stillwater. As Tonya settled in, she started searching for a position that paid more than her cleaning job in downtown Minneapolis. She quickly found a better-paying position as a custodian for a local school district.

After just three months, Wilder’s supportive housing team contacted Tonya with news that unsettled her: Tonya’s income had risen to the point that in a few months she would no longer be eligible for her housing program,  called the ROOF Project. Through the ROOF Project, Wilder provides housing and individualized services to unhoused families in Ramsey County and the East Metro, with income and other requirements for participation.

“When they were saying I had too much income to stay in the program, I was a little nervous,” Tonya says. “But everything worked out perfect.”

Though Tonya was no longer eligible for the ROOF Project, she was eligible for a new initiative at Wilder that provides financial assistance to participants in Wilder services with the goal of preventing families from entering a crisis.

Direct Housing Assistance was created to help reduce the burden of housing costs to help Wilder program participants stay in their homes, keep their children in school and pay off debt. The amounts are relatively small: $350 for the first six months, $200 for three months and $100 for three months. Early results show that these small cash payments help families stay out of crisis.

“Families know what’s best for them, and sometimes they just need a little support and they can figure the rest out,” says Antonia Coleman, program manager for Direct Housing Assistance. “We really believe that a little bit goes a long way.” 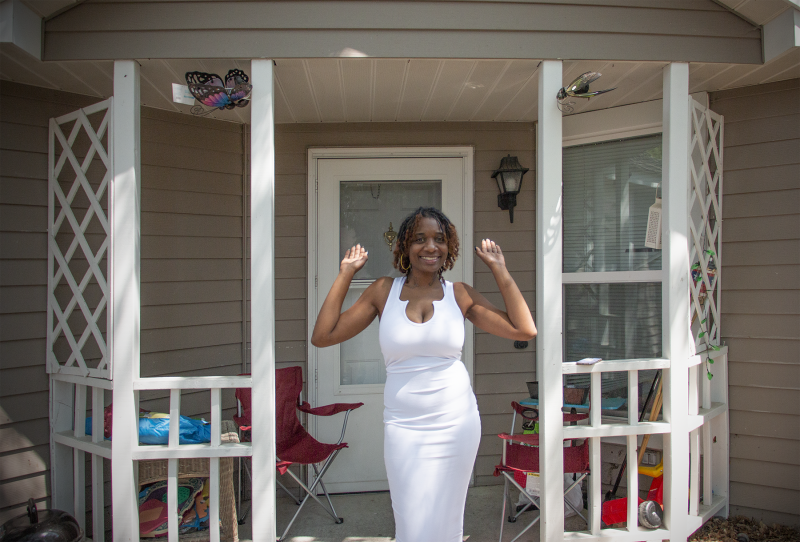 After ending Direct Housing Assistance early, Tonya’s goal is to buy a home

Tonya’s supportive housing team told her about Direct Housing Assistance and helped her apply. After she was accepted, Wilder sent Direct Housing Assistance payments directly to Tonya’s landlord. The small payments were enough to give Tonya some breathing space in her budget as she recovered from her experiences. She paid off bills and debts to boost her credit score.

“Tonya worked so hard as a participant in the ROOF Project, and the supportive housing team was happy that we had an option to continue supporting Tonya,” Joela says. “Direct Housing Assistance worked exactly as intended.”

After nine months of Direct Housing Assistance payments, Tonya felt stable and financially healthy. She decided to end her participation early and let the funding go to someone else who might need it. She is now paying market-rate rent on her townhome while raising her 17-year-old son.

“My plans for the future are to keep climbing up the ladder,” Tonya says. “I’m going to be a homeowner.”

Families know what’s best for them, and sometimes they just need a little support and they can figure the rest out. We really believe that a little bit goes a long way.

In spring 2020, Wilder Research conducted phone interviews with families who had received funding through Direct Housing Assistance. Of nine families who responded:

In surveys and evaluations, participants also provide feedback on improving the program. Wilder changed the Direct Housing Assistance model between the first and second year of the program based on participant feedback.