Sean was an elementary school student when he joined Kofi, Wilder's culturally relevant school-based mental health program for students of African descent. He received services to help him regulate his emotions and cope with other challenges. He graduated from Kofi in a ceremony at the end of fifth grade, and kept the Kofi sweatshirt he received as a graduation gift.

Years later, Sean was in the 11th grade and in need of additional support. Because of the early success of Wilder’s Campaign for Families, Kofi expanded from an elementary-only program into high school, and Sean was able to receive culturally relevant mental health support right in his school. Sean was tenacious in working with his Kofi therapist and was also a high achiever in sports and activities. He was accepted into multiple colleges and has enlisted in the military.

Because of Sean’s courage, leadership and hard work, he was selected to speak at a graduation ceremony for fifth graders completing the Kofi program in spring 2021. He received a new Kofi sweatshirt, which he wears proudly.

* The participant’s name has been changed to protect his privacy. 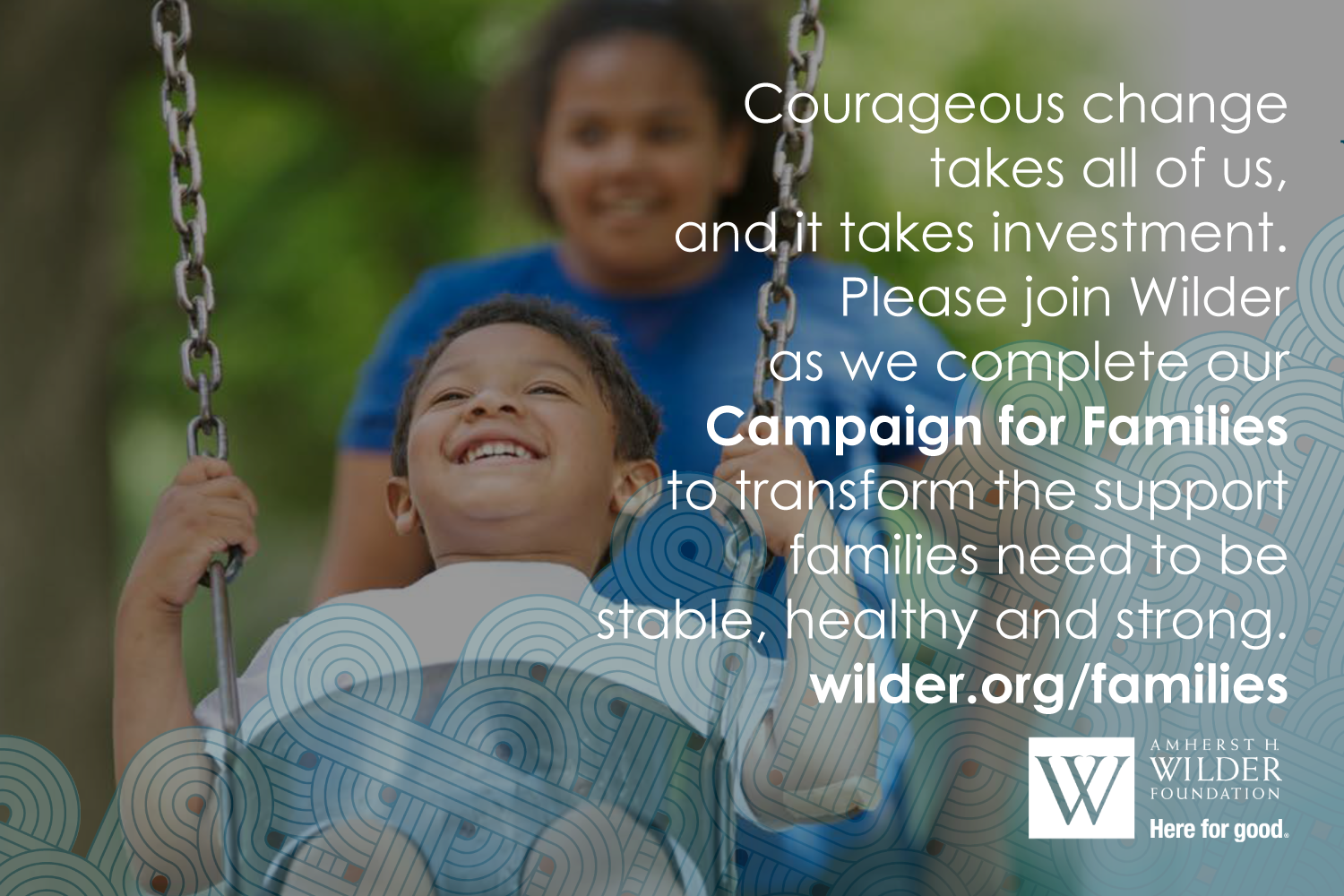