Skills-Based Volunteer Sally Wahman: ‘Wilder Was Exactly the Type of Organization I Wanted to Help’

When Sally Wahman was searching for a short-term volunteer position after she left Fairview Health Services, she found an opportunity to use her skills right in her former office building. Sally, a health care executive, had worked for eight years in office space leased by Fairview at Wilder Center. She was familiar with Wilder’s mission, programs and services and knew some of the staff—and Wilder works with an increasing number of volunteers who want to use specific skills to make an impact.

“When I left Fairview, I knew I wanted to volunteer, and Wilder was exactly the type of organization I wanted to help,” Sally says. “I am familiar with governance structures and how boards of directors function. I am pretty analytical and organized so the work aligned well with my skills.”

Her project: Assisting Jennifer Thao, the new director of Wilder’s executive office, as Jennifer took over the position from a staff member who had retired after more than 15 years at Wilder. Jennifer, who started in April 2018, faced a learning curve and a high workload as she transitioned into her role, and she did not have the capacity to take on a large project on her own. Other Wilder staff also lack­­­­­ed the time for a large undertaking. “I needed help, but also needed time to understand what the help entailed,” Jennifer says. “Then came Sally.”

Because of her skills, Sally was able to grasp the needs of Wilder’s executive office, asking the right questions while working independently. “She asked questions that shaped the work and was able to use her discretion to make decisions guiding the work,” Jennifer says. “She also understood the issues we were tackling and the benefits of each project.”

With Sally’s help, Jennifer’s team created a shared organizational system for managing the office’s files. Sally helped the office purge and organize decades of files, which saves time and energy for executive office staff. “The time Sally saved us in completing the projects allowed us to move forward to where our office can now spend our time doing high priority work in a more seamless manner,” Jennifer says.

Sally says she hopes that her volunteer projects will help the executive team to continue effectively and efficiently working with Wilder’s board of directors to serve the Saint Paul community. Based on her experience at Wilder, she recommends that volunteers interested in using specific skills to be open to all types of assignments, “even if you aren’t sure they are exactly matched to your skill sets.”

Interested in applying your skills as a Wilder volunteer?

If you have a specific skill or experience that you would like to share, we will work with you to find an opportunity. Learn more about volunteering or contact Volunteer Manager Austine Vaughn at 651-280-2460 or volunteer@wilder.org. 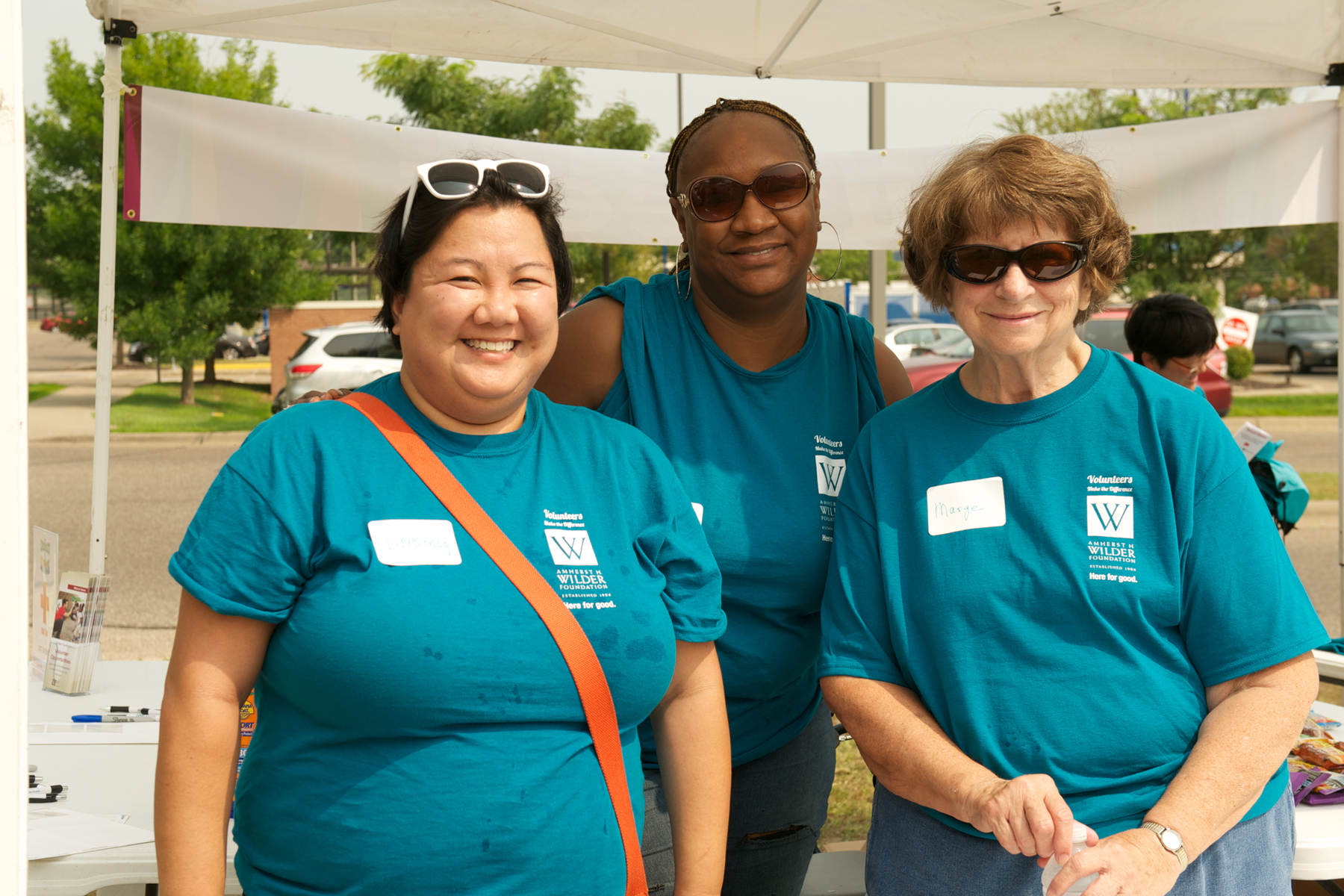