Generous donors like Faith Her, Mike and Kathy Buendgen, Ilse and Omar Akbar, and the Mayer and Bongard families share how and why they support Wilder.

Faith Her wanted to find a way to give back to her community as part of her birthday celebration last winter. After conferring with her mother, Wilder employee Mary Her, Faith asked friends and family to donate to Hlub Zoo, a culturally specific Wilder school-based mental health program. “I have received so much every year for my birthday, so for my Sweet 16, instead of receiving more birthday gifts, I wanted to encourage my friends and family to donate their gifts to something important, to a place that helps others,” Faith says.

Faith set up an online fundraiser through Facebook, which made donating easy for her friends and family. Asking others to give to a program she cares about was the biggest reward of all. “I believe it is important for young people to take care of their mental health and well-being,” Faith says. “Hlub Zoo specifically works with Southeast Asian students, which I appreciate as a young Hmong student myself.”

Inspired by Faith, her friends and family gave generously in support of Hlub Zoo. In addition to organizing a fundraiser, Faith celebrated her day with family at home and invited a small group of friends to volunteer with her to pack food at Feed My Starving Children.

Faith says that her faith inspires her to give back to her community. “It is also important to give, instead of always receiving, because I am already blessed with so much,” she says.

Living in a small town like Morris, the atrocity of the killing of George Floyd and the outpouring of peaceful protests can seem like a world away. As a country, we have swept many issues of social inequity and injustice under the rug for too long. This is why we are happy to partner with Wilder through our giving. In Wilder, we have found an organization that does not look the other way at poverty, discrimination and social injustice. Wilder is trying to address these systemic problems head on. And, it is doing so in a sustained, purposeful, peaceful way.”

—Excerpt from a letter sent by donors Mike and Kathy Buendgen, June 21, 2020

"We are happy to support the work that Wilder does as donors. We’re passionate about education, public policy, and racial equity, and we appreciate how Wilder supports whole families in early childhood education, delivers school-based and culturally specific mental health services, and engages a wider diversity of voices in public policy.

I (Ilse) have roots in Saint Paul, and my parents were connected with Wilder’s work, so I found out about the organization through them. We stayed connected to the mission through some of Wilder’s Board members throughout the years. It’s phenomenal to have Wilder’s unique presence in the Twin Cities community.”

Wilder Donors Bond Through Family and Shared Commitment to Give Back 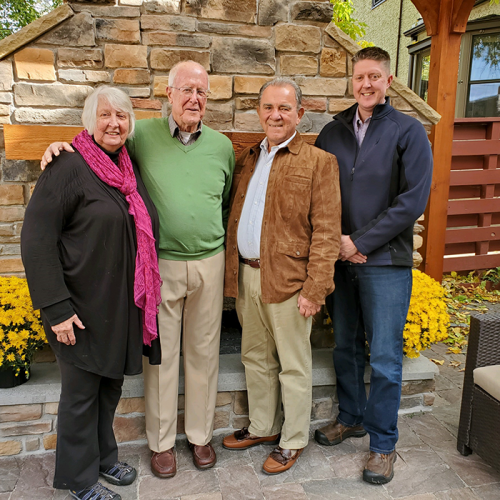 Dave and Sherla have supported the Saint Paul community for most of their lives. Dave worked at Wilder for more than 30 years, and Sherla was a juvenile probation officer. As Wilder donors for more than 25 years, Dave and Sherla are inspired by how the Child Development Center prepares young children to succeed in kindergarten and beyond.

Ron Bongard’s passion for giving stems back to his youth. His family lived in public housing and received welfare support. Ron says that as an adult, he has been blessed in many ways, including financial security.

He enjoys giving back and knowing the difference it makes for families like his own. The two families found connection in their shared values when Ron joined the Mayers at Ordinary Magic, Wilder’s signature fundraising event. Ron was impressed as he
got to know Wilder, and he especially appreciates that Wilder programs help families cope in difficult times, like rent support and chemical dependency counseling. He views Wilder as “not just doing a little good for a lot of people, but doing a lot of good for a lot of
people.”

Dave, Sherla and Ron raised their kids to be aware of career, giving and volunteer opportunities that support the community. Pete—who is now married to Becky—says he and his wife now model these values for their own children. 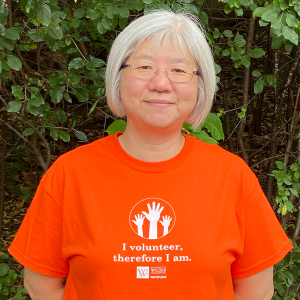 Read Courageous Stories from Our Community 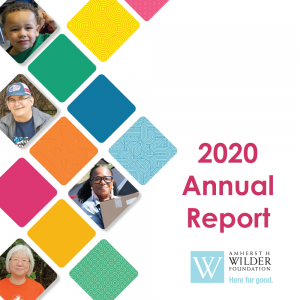 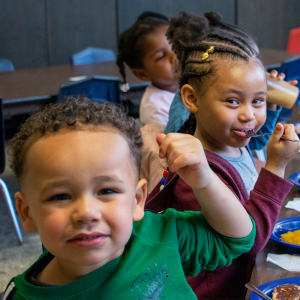